When network coverage becomes a showstopper

Blockchain means peer-to-peer transactions. A peer-to-peer system implies a network comprised of parties with equal rights. Pallet exchange is one such system, involving transactions between exchange partners with equal rights. One of the prerequisites for this is that all parties have the same access to the Internet. This can still not be guaranteed everywhere today. 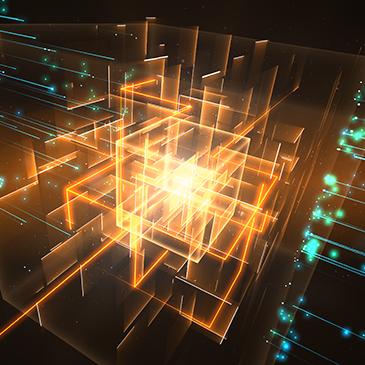 If someone had asked me before the field test what I thought the biggest risks were going to be, I would have listed three things: firstly, the willingness of warehouse employees to use the application on top of their normal day-to-day operations. Secondly, the willingness of the drivers, who are always under pressure, to confirm transactions using the device. The third was simply the chance that there was a real bug in our applications or even an error in the way we’d thought things through – a result of the complexity and limited time. None of them turned out to be real problems since they were issues that had been addressed ahead of time and, where necessary, could be solved by the project participants as a result of their dedication, close liaison in the run-up to the field test, and active communication throughout. All three points were within our sphere of control and influence.

However, two other issues proved to be stumbling blocks that presented a risk for us: anti-terror legislation and mobile network reception.

The mobile end devices used for the test were equipped with pre-paid cards because of the comparatively short duration of the test. That was, at least, the plan. Unfortunately, it turned out that since July 2017, anti-terror legislation has stipulated that the pre-paid card purchaser must identify himself personally with an ID and is liable for the use of the card. As a result, telecommunication companies no longer provide pre-paid cards to business customers. There is also a limit to the number of cards that a person, even private individuals, can get from a particular store, which means we would have had to scour all shops in Cologne to get enough. It sadly took a long time to solve this problem, and holiday time was also eating into our schedule, which meant we were increasingly running out of time. Fortunately, one member of the team took a personal risk and purchased the necessary number of cards shortly before the test started. We did, however, notice his look of relief once all the cards had been returned!

In hindsight, it’s a story that makes us smile today. However, the issue of mobile network reception was much worse a problem.

Blockchain implies peer-to-peer transactions, and a peer-to-peer system involves a network of equals. Pallet exchanges are also transactions between equal exchange partners – in our case, exchanges that are documented digitally via applications on two mobile end devices. These devices require access to the back-end system and must be online. On many logistics sites, however, there is either inadequate mobile network reception or none at all, and this prevents the transaction being processed quickly via the mobile network. In an environment that is easy to control, such as the one used in our field test, we could use Wi-Fi to solve the problem on some sites. However, companies reacted to this situation differently. In some cases, a hotspot could be installed rapidly, while in others, internal IT guidelines forbid the integration of external devices, or the necessary authorisation procedures would have thrown us completely off schedule. In other words, existing regulations and practices meant that only local devices would have quick, stable network access via Wi-Fi, while external devices like the ones the drivers were using in our example would be at the mercy of mobile network reception.

However, for partners involved in blockchain transactions to be equal, they both need to have adequate, stable access to the internet, and this means mobile access for this particular application, as well as for others.

The question of how to achieve this therefore arose.

Should we wait for network expansion?

Or should we extend the idea of sharing data to sharing the necessary infrastructure?

Network access is becoming increasingly guaranteed in the ‘private’ environment, as well as for customers in hotels, cafés and supermarkets, for example. Such access has even become standard in some cases – for fear of losing customers to the competition. Guest access has become widespread in the business environment, too, although access codes are often treated as state secrets.

There are certainly rules to be observed and security aspects to be considered. Nevertheless, it would make sense for a collaborative digitalised process optimisation project to grant the necessary internet access to the business partner – and that includes the driver – if it is to reach its goals.

Blockchain is precariously linked to the level of Germany’s digitalisation, as well as digitalisation within German companies. The success of this technology ultimately depends on a suitable environment, from a legal and infrastructural point of view.